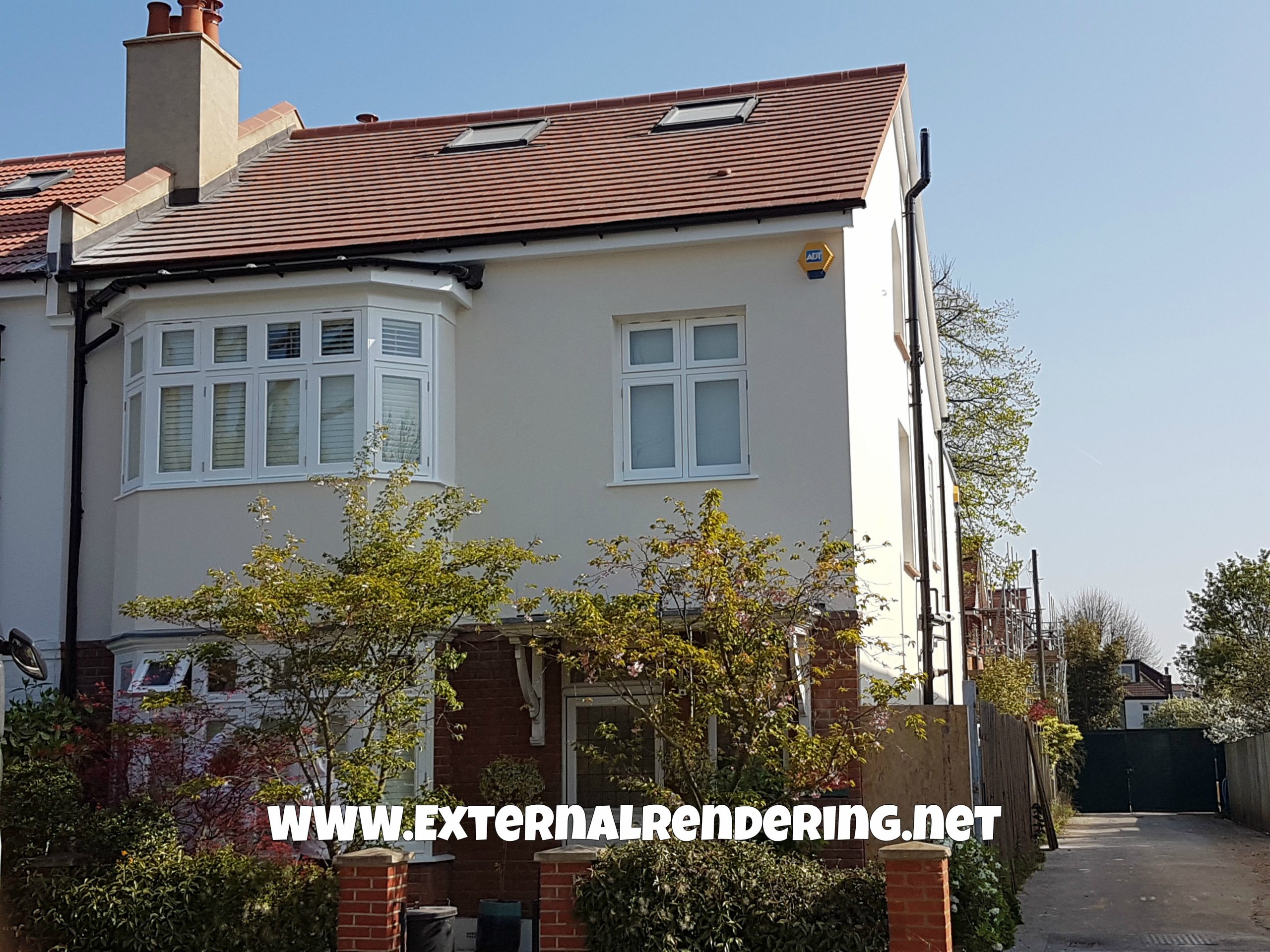 Rendering above or below a bay window is something we get asked to do a lot. Although many bay windows are made from single layer brick, some can be built out of wood and that’s where you can find an issue.

Although wood is lightweight – which is what is needed for a bay window – it can rot and this is something that we have seen a lot. The problem, however, is that we don’t discover the wood until after we’ve started to remove the existing render so the cost for the works may increase in order to replace the rotten wood. Not all properties are like this as many have a single layer brick instead of wood (also lightweight) so this doesn’t cause a problem during the works.

On a recent job, we priced to remove and re-render a property in Sidcup. We hadn’t priced for the replacement of the wood as we hadn’t discovered it until the render was being removed. The client wanted us to replace the wood before we could continue so we priced for this and they went ahead with the additional works.

If the wood is not replaced before continuing the render works, then it will make the structure unstable as well as ruin the render (meaning you’d have to get it re-done sooner than expected). It’s impossible to quote for this until after the render has been removed so there was no way of us knowing. The quicker it’s discover, however, the quicker it can be resolved and the works finished.